Helena Beatrix Potter (July 28th, 1866 –December 22, 1943) was the eldest of two children, to parents Rupert and Helen Potter; her brother, Walter Bertram was born in 1872. The family lived in South Kensington, London but both Beatrix and Bertram were very influenced by their holidays to the countryside of Scotland and the English Lake District. 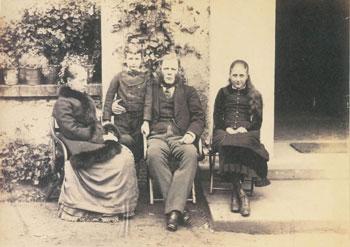 Ever the ardent student, Ms. Potter was very interested in language and literature. While young, she began to draw and paint quite well. This talent was encouraged and she began to illustrate her favorite stories and fairy tales.

In their schoolroom at their home in London, Bertram and Beatrix kept many pets, including rabbits, a hedgehog, mice and bats. Beatrix created stories and tales using her animal friends as inspiration and captured their likeness very accurately. While on holidays in the country she sharpened her ability to study and portray nature through her drawings. She was regarded by many as a naturalist. 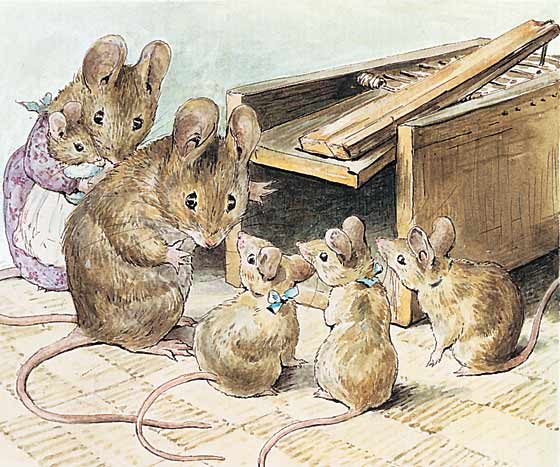 Ms. Potter recorded her observations in two ways. First, her written thoughts were kept in her Journal. She invented a code for her observations that wasn’t deciphered until 1958. The second method was kept in her sketchbook, of which she catalogued a vast number of sketches and paintings of her experiences. Both methods have added to the success of her career as author and illustrator of her beloved children’s books.

Before she began her book career, Ms. Potter had sold her artwork for use on greeting cards and various illustrations while she grew more interested in scientific illustration. The idea for her first book, The Tale of Peter Rabbit, originated from a picture letter she made for a child of an acquaintance in 1893 about her rabbit Peter. She privately published an edition for herself in 1901 and looked for a publisher for over a year before finding Norman Warne. Mr. Warne published the book in 1902 and served as an editor for the two following titles, Tale of Squirrel Nutkin and The Tailor of Gloucester. 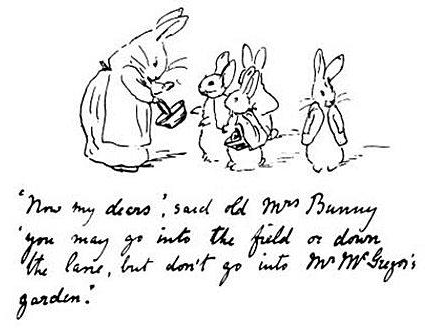 Ms. Potter realized the commercial potential of her character creations and began to imagine the marketing potential of producing merchandise based on her books. The merchandise included games, wallpapers, painting books and other activities for children. Mr. Warne and Ms. Potter were briefly engaged before Mr. Warne passed away from Leukemia in the summer of 1905. Grief stricken, Ms. Potter continued with her plan to move to the countryside.

Ms. Potter moved to the countryside to Hill Top Farm in Sawrey, near Windermere in Lancashire in 1905. While living there she became very active in the community where she met William Heelis, a local solicitor, who encouraged Potter’s conservationist pursuits. In 1913, Ms. Potter married Heelis and the two moved to Castle Cottage on Castle Farm. They continued to acquire land around her farm to preserve the countryside from development. Surrounded by the nature she loved to capture through her art, Ms. Potter (Mrs. Heelis) wrote books until her eyesight diminished. Her last book, The Tale of Little Pig Robinson was published in 1930.

Beatrix Potter Heelis died on December 22, 1943. Upon the passing of her husband, the Heelis properties, 17 farms, 8 cottages, and over 4,000 acres of land she and Mr. Heelis had collected throughout their marriage, were endowed to the National Trust. This generous gift ensured the conservation of the Lake District Countryside they loved so much. 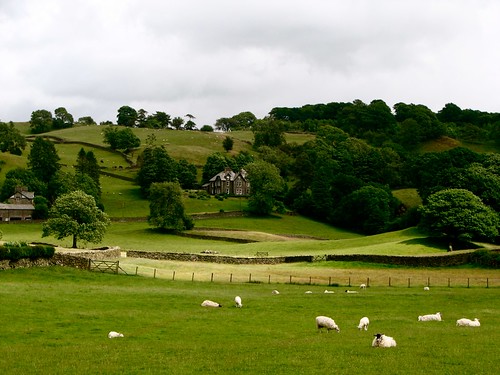 Ms. Potter left a grand legacy for future children through her quaint books. 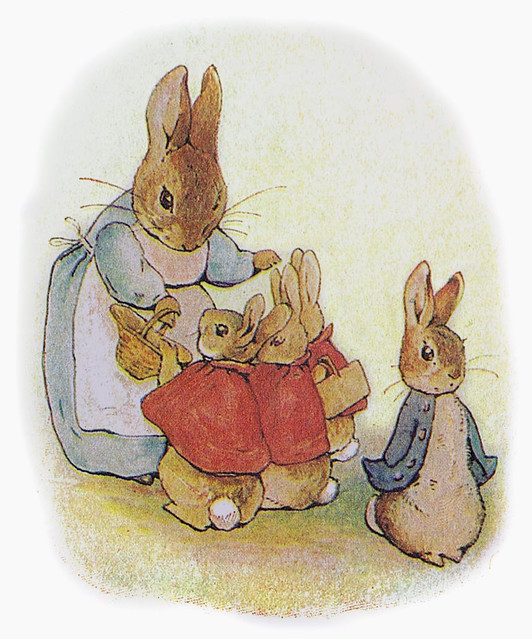 Here are some helpful links about Beatrix Potter: